Concerts, exhibitions, sports and activities in the programme of the Festes de la Terra 2019

The ‘Festes de la Terra’ commemorate this year two anniversaries: 20 years of Eivissa’s declaration as a World Heritage Site and the 40th anniversary of Figueretes neighborhood association. These Festes de la Terra, in addition, are the first free of plastic. During the days of festivities, the city will live a whole programme with cultural events, exhibitions, street music, children’s activities and sporting events in which, also for the first time, it is committed to a more important presence to women’s sport, with the celebration of the I Festes de la Terra Equality Tournament for women’s futsal (August 4th).

On July 28th, one of the sporting events of the programme is already taking place: the fifth edition of the Aquatló City of Ibiza, which is held at ses Figueretes beach and organized by the Eivissa Swimming Club.

As of Monday, August 3rd, one of the most historic sporting events in the city will also take place: the 22nd edition of the Popular Basketball Trophy Ciutat d’Eivissa Top-3 in which many young athletes from all over the city participate, at Sa Bodega’s courts.

On Friday, August 2nd, the inaugural concert of the Earth Festival will take place, kicking off the programme. At 9.30 pm, in Reina Sofia’s park, the ‘Ciutat d’Eivissa Choir’ with Canallas del Guateke and members of the Youth Choir and Children’s Choir of the Municipal Patronat de Música will offer a concert with Spanish pop music from the 60s, 70s and 80s. 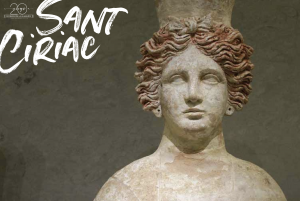 The events will continue on Saturday, August 3rd, with youth activities in the Albert i Nieto square. At 6:30 pm, a youth workshop for DJ initiation with a vinyl record has been planned, by Toni Clemente, and also for the first time, with the presence of a woman, Noelia Méndez. An afternoon of RPGs has also been organized.

At 8pm and organized by the Arxiu d’Imatge and So Municipal d’Eivissa (AISME) will take place, in the Refectori hall of the City Hall of Eivissa, the inauguration of the exhibition of Photographs by Guillermo Monforte, from the Luis Cervera Architectural Fund of the file. The exhibition reviews the 20 years of Ibiza as a World Heritage Site. Schedule: exhibition open until August 28th, in the morning from 9.00 to 14.00. Also in the afternoon Tuesday and Thursday, from 7.30 p.m. to 9.30 p.m.

On August 2nd, 3rd and 4th on Antoni Albert i Nieto square, in collaboration with the associations s’Espurna and Dracs d’Eivissa, an afternoon of water games for the little ones has been organized. From 6 to 10pm, the square will be filled with inflatable water giants, artistic and creative expression workshops, board games workshops and there will also be softcombat, jugger, laserX and Nert. 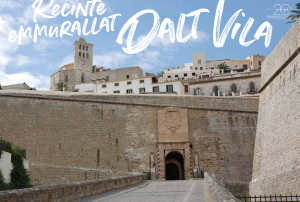 On August 4th, at 11 o’clock, the 30th edition of the popular swimming crossing is celebrated and at 6 o’clock the first Equal Tournament Festes de la terra for women’s futsal, on the courts of ses Figueretes. At 7.30 pm the traditional parade of peasant cars will take place in Passeig de Vara de Rey and, from 6.30 pm to 10.00 pm, a meeting of artisans and crafts from Ibiza, with the collaboration of cultural associations of the island, ball pagès by Sa Colla de Sa Bodega and tasting of local products.

On August 5th, at 9:00 pm, in the bastion of Sant Pere, will take place the ceremony of delivery of the Gold Medals of the City of Ibiza. Later, in the Reina Sofia park, the Concert of Festes de la Terra will be held, which this time will be offered by the artist Carlos Baute. He arrives in Ibiza with his new tour “De amor y dolor”.

On Tuesday, August 6th, at 10 pm, the Ciutat d’Eivissa Symphony Band will perform at Reina Sofia Park. At the concert, directed by Adolfo Villalonga, attendees can enjoy “the world of John Williams” with themes from soundtracks such as Superman or Stars Wars.

On Wednesday, August 7th, the night of the Vuit d’Agost Association is celebrated at Reina Sofia Park. From 8pm, the association will offer the smallest of the house to participate in traditional games and at 10pm the manifesto of this entity will be read giving way to Ressonadors concert. 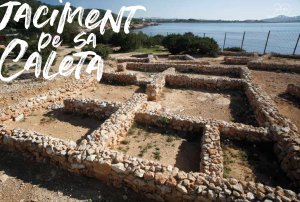 On Thursday, August 8th, the traditional popular picnic will take place in Es Puig des Molins, starting at 6.30 pm, where there will also be children’s workshops and a giant paella for 900 people and will be delivered in recyclable dishes and cups to avoid generating plastic. At midnight, the great fireworks castle organized by the Consell d’Eivissa will begin, which will be launched from the harbor wall.

On August 10th, at 10 pm, in the Reina Sofia Park, the musician Rayden presents his album ‘Sinònim’, with a previous performance by DJs Ismael Jiménez and Pere. Admission is free and the Consell Insular collaborates.

The events in ses Figueretes begin on August 9th and end on 15th. On the same day 9th, at 7.30 pm, an urban sports workshop will take place and at 10pm a concert by Project Band group. Also, at 8:00 pm, the Festes de ses Figueretes chess tournament will be held, with semi-fast games in the auditorium of Ibiza Playa hotel. Interested people can sign up by writing to [email protected]

On Saturday, August 10th, at 5 pm, the children’s chess initiation tournament is held and at 8:30 pm the party proclamation will be held by Antoni Marí Marí. At 9 pm there will be ball pagès by Sa Colla de Sa Bodega and at 10 pm performance by DJ Àlex Hinohouse. 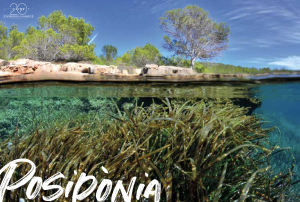 From the 10th to the 15th of August, the Julià Verdera square will host, between 7 pm and 10 pm, workshops and children’s activities. On August 11th there will be a musical performance by Contraband group and, from August 11th to 15th, a craft exhibition by Randes d’Eivissa Cultural Association and the Colla de sa Bodega Cultural Association at Ses Figueretes Library.

On Monday 12th, at 8.30 pm, the musical group Los Corleone will perform and, after 9 pm, a karaoke will be installed.

From 12th to 14th there will be a craft show by Es Retorn Cultural Association in the Plaza Julià Verdera. On Tuesday, August 13th, at 10 pm, the musical performance by Discover group, and on Wednesday 14th, after 9:30 pm, performances by Apotropaico and Niu de Born groups. On August 15th, the musical performance by Morning Drivers group is also planned, at 9.30 pm, and at midnight the large fireworks castle that closes the Festes de la Terra 2019 programme. 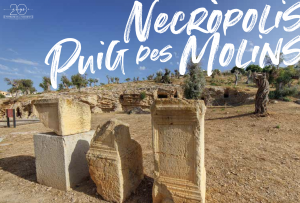